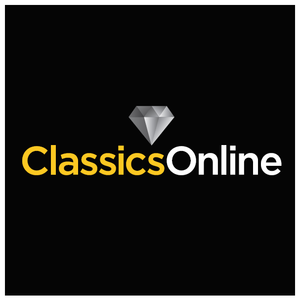 ClassicsOnline HD•LL is the first High-Resolution and Lossless (CD quality) classical music streaming service to use adaptive bitrate streaming technology which allows subscribers to listen to classical music at the highest possible sound quality available on their home or mobile networks with minimal loss of sound quality. Over 65,000 classical ...

music albums from the world’s most pristine labels including Naxos, Sony Classical, Harmonia Mundi, Bis, Chandos and many more are available for streaming at up to 192khz/24bit.

Epic images deserve epic soundtracks and Classics makes these and many other scores available in their expertly curated catalog in high-resolution and CD-quality versions (ranging from 16-bit, 44.1 kHz all the way up to 24-bit, 192 kHz), designed with the discerning listener in mind.

Comic-Con is the nexus of sophisticated art, entertainment, and pop-culture featuring the best in comics, film, television, gaming, and science fiction/fantasy literature. Its founders set out to bring attention to the mediums that they loved and felt deserved wider recognition.  Classics Online champions the marriage of the visual art form and music with the only dedicated streaming and download platform built specifically for classical music, with all its variety, complexity, and exquisite sound.

Batman vs. Superman: Dawn of Justice
Music by Hans Zimmer and Junkie XL

ClassicsOnline began operations as a worldwide music download destination website in May 2007. From inception, the site was designed to give classical music fans the best possible experience. In November 2014, Naxos announced plans to launch a new high-resolution, CD quality streaming and download platform version of the site. Designed with the discerning listener in mind, the proprietary adaptive bitrate streaming technology means that listeners receive the highest possible sound quality, ranging from 16-bit, 44.1 kHz all the way up to 24-bit, 192 kHz, allowed by their connection with no buffering or loss of signal. http://classicsonline.com